While I’m in the midst of doing another ’10 Black and White Days’ photography project, I figurre I should get around to putting the Inktober 2022 illustrations through the customary WordPress display.

So, there were certain aspects to this year’s attempts, in that budget was a factor. No fancy pens or brushes; no fancy drawing book. I found an old fountain pen and that was the primary stylo for drawing (along with an old bottle of Quink ink that still ahd ink in it). And I had this slightly water damaged drawing book I got years back from Daiso (RM6.00) which had been sitting aside for some time.

I decided to use both of them. It also didn’t give much leeway for anything fancy.  But there was an idea about tackling the prompts for this year.

Yes, it was a gargling gargoyle, kicking off the idea…

Yep, gotta scurry from the curry. 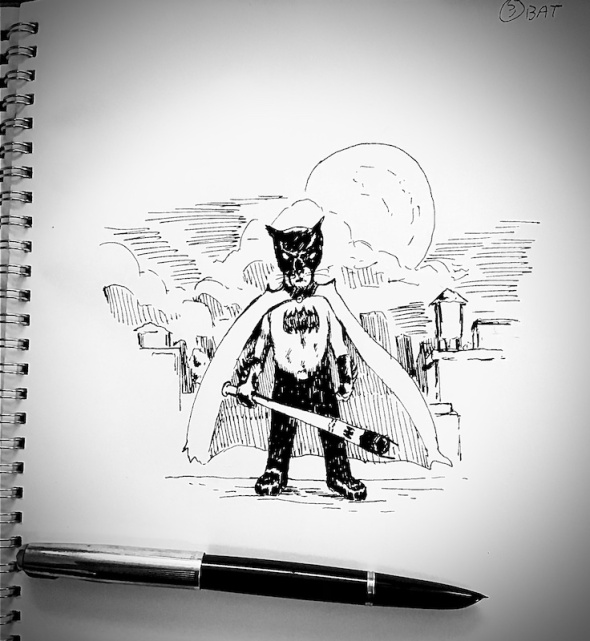 It wasn’t as clear as I would have wanted the Cat-Bat with his Bat-bat. 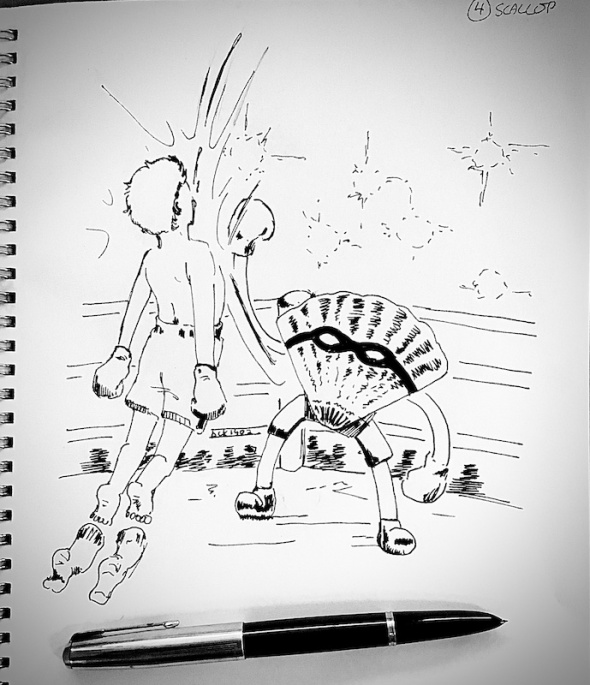 It was simply a scallop that packed a wallop.

Just for effect, I dug out a coloured brush pen to bring out the burning dangers of a fiery flamenco. It definitely attracted some attention on Twitter moreso than on Instagram when it was posted.

A more visual gag to try and reflect the various bouquets going on.

And the gag runs dry when I couldn’t really rip into trip aside from simply tearing the T and adding a caption.

But it was the start of something different, and we’ll get into it with the next set.