Just a little reminder that I do movie reviews on another site, and the links to those reviews can be found on this blog… on this page. When I have something more in-depth to touch on, that could possibly contain spoilers, then I’d post them here, on this blog.

The latest posted (at this time) was for The Expendables 3, and I’d admit I had fun with it. it was an utterly enjoyable flick and I liked it more than the first two instalments. I’ve read a few other thoughts from those I follow, like Dan The Man, who actually likes it, while Eddie of Jordan and Eddie didn’t. From what I read elsewhere, the reviews leaned mostly negative.

The thing is, I can enjoy certain movies for what they are, depending on how they’re made, what the intention is, and if it’s meant to be taken super-seriously. I can take movies seriously and still enjoy the crap out of those silly creature features like Sharktopus, Mega-Shark vs Mecha-Shark, Mega Python vs Gatoroid (fans of 80s pop would love this one), Piranhaconda or the insane genius that is Sharknado 2: The Second One. I so wanna watch Zombeavers. You know what to expect with these movies and sometimes, they’re just that little bit more crazier than you’d think. We all have our guilty pleasures, right? Beside, for most of us, after watching one of these shows, you could always go, “I can write better than that!” and then you go do just that. 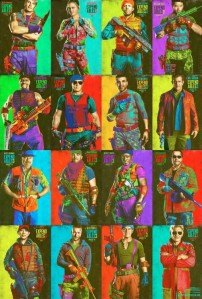 The Expendables is simply all about the concept. Getting some action stars we love (especially if you grew up watching movies in the 70s, 80s, 90s and beyond) and finally having them share some screen time doing what we enjoyed watching them do. Image-wise, they’re so over the hill, so the expectations of them pulling off what they used to do isn’t really there, but the coolness factor remains.

Really, how cool was it when Stallone, Schwarzenegger and Willis finally appeared together on screen in the first movie. There was the Die Hard John McClaine hanging with Rambo and The Terminator! Sure, they didn’t do much but shoot the shit and be all macho – they saved that for the second film – but it was such a cool moment that it finally happened. The whole movie was really built around that one moment. Then they also had Dolph Lundgren in the mix; Rocky IV‘s nemesis, Ivan Drago; the Red Scorpion; the Punisher working alongside Rambo. Added to that was The Transporter, Jason Statham and the Shaolin Master, Jet Li.

The Expendables delivered on several counts by giving us numerous showdowns some of us hoped to see like Lundgren (a black belt martial artist in his own right) vs Li; throw Randy Couture against Steve Austin; Stallone throws down with Fist of The North-Star‘s Gary Daniels (a B-Movie DTV action movie king). The story was paper thin, meant to serve as something to hang the action on.

The formula stuck with the sequel and that one gave us a cool knock-down between established action star Jason Statham and up-comer Scott Adkins (who hasn’t quite gotten the breakout he deserves). Schwarzenegger, having left his political duties by then, was given more to do than just a glorified cameo, and 70s/80s action mega star Chuck Norris was added to the mix. Lone Wolf McQuade played off on his own legend for laughs, and aside from the cool factor of having him included, it wasn’t anything more than a glorified cameo, again. The only newcomer of note was Liam Hemsworth, who got taken out fairly early.

While Eric Roberts sizzled as the bad guy in the first movie, we got the  the Kickboxer, the TimeCop himself, the Hard-Target ‘muscles from brussels’, Jean Claude VanDamme pulling bad-guy duties, which could have been cool if he wasn’t brooding his way through the flick, coming slightly alive for the final showdown against punchy (or paunchy, your pick) Rocky. It also felt bereft of humour and the action seemed back-loaded.

And again, it was the cool factor of having Stallone, Willis and Schwarzenegger side-by-side in the midst of the action (finally) spraying gunfire and riffing off each others’ lines.

The third instalment is all fun and aside from Stallone, it shows on Kelsey Grammar, Wesley Snipes (probably glad to be back in the game, riffing on his own real-life incarceration), Harrison Ford (who had taken grumpiness to all sorts of levels in his last few movies) and particularly Antonio Banderas who appears to be having the time of his life. Banderas’ Galgo brings a lively spark to the show the moment he appears, delivering more dialogue and any other character who have appeared in all three movies! And he does it with charming chatterbox style and humour, saving the movie from being just another action slam-bam – which might have been fine, but indistinguishable from the others.

Then there’s Mad Mel. Since being ostracised in Hollywood, Mel Gibson has been doing movies on the fringe and turning in some excellent performances (particularly of the insane wild-eyed variety) that no one seems to want to acknowledge. He started quietly with The Beaver and the insanity kept building in Get The Gringo, bursting with Machete Kills and going full-tilt here, giving our heroes a truly scary, dangerous, even monstrous villain to take down. The final throw-down between Rambo and Riggs felt brutal and real, thanks to the pumped up sound effects of each punch thrown. 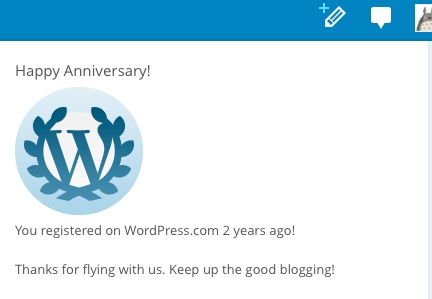 Anyway, to each their own and it’s always cool to find someone who has the same feelings about a movie as you do. And if you flick through some of the other reviews I’ve posted, maybe there’s a sense of what I think about the movies I watch too.

So here we go, Berning Along into year three.