Or maybe just an expanded baseline… an expansion on where I’m coming from about certain things. 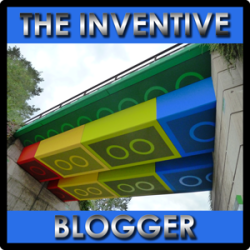 Over Christmas, I got a couple of awards from the great Don Charisma  and it wasn’t the first time I got an award from a fellow WordPress blogger. Had one before from Kintal but I didn’t really do anything about it then.

So, in accepting the awards, there were some instructions to follow in part of acknowledging the awards – which I didn’t. Well, I guess I did follow one so far. I did acknowledge from whom I got the awards and provided links back to them.

Here’s the thing, tho. I spent just shy of nine years working in a corporate environment (‘just shy’ being eight years and fifty-one weeks exactly), and there was this odd practice – well, they’d call it a ‘culture’ – of giving out ‘awards’ in recognition for work done. Usually if you’re involved in a group project or given some special assignment outside of your regular duties. The first one is, of course, something special. The ‘award’ itself can be something small and affordable, like a key-chain or a badge or a mug, but very often, it’s a piece of paper that looks like a certificate created on PowerPoint with a printed signature of the department head even if you never really interacted with that person.

Now, I’m all for proper recognition or proper acknowledgement of work done. I’m one of those that sits throughout the entire credits at the end of a movie in the cinema. I look at the names of the people involved in making the movie. I’ve learnt to notice when certain names recur through several different movies. Even if it takes fifteen to twenty minutes, as it does for any of the extended editions of The Lord Of The Rings trilogy (no, I did not see those in the cinema, but on DVD). Just for example, one that popped into my head, is that Alexander Witt is a second unit director of photography on such hits as Skyfall, Casino Royale and Fast Five. He’s also the director of Resident Evil: Apocalypse (the second part of the series). But that’s an aside.

As mentioned above, the first one is something special. The subsequent ones however… that specialness diminishes as each one comes along, dipping even more when you know that you really didn’t contribute anything beyond attending a few meetings. The giving of these awards become something ceremonial and vacuous.To me, there wasn’t anything different from when my parents would try to bribe me into getting good grades in primary school. RM10 for an A, RM5 for a B… that sort of thing. All it made me do was just decide, it wasn’t worth it. The concept of the reward didn’t seem right. I couldn’t really say why, but it didn’t seem right. Suffice to say, I didn’t really score in my exams, and it didn’t bother me one bit. The end result is simply that I would do what I could to the best of my ability and it never mattered if it was acceptably good or not.

What was considered good or bad in terms of quality became a subjective matter after that. I stopped trying to like things that other people liked for the sake of fitting in. The same applied to my older sister and younger brother. They were the achievers and I couldn’t be bothered to compete with them. I didn’t have to prove to be as good as them or to be better than them in anything. Sure they took part in sports and other stuff, winning trophies here and there – and I didn’t care. They liked things I didn’t care for, and I liked things they didn’t care for – and that was fine. I chased my passions. Would it be any wonder that I took a liking to the world of art?

And ultimately, here I am writing on WordPress, writing scripts, writing books, drawing stuff, taking photos, cruising through life barely scraping an income of any kind at the moment. These last few weeks have been spent trying to put that first book together basically on my own. I can’t even get any family members to even look at what I’ve written, that includes extended family members like cousins (among whom can verbally tell stories and jokes way better than I can). And in the end. I can’t really be bothered to care. Over the years, I had developed such a thick skin that I might be emotionally stunted. I’m focussed on doing my own thing and if I can reach just one other person who can like what I’ve done… I think that’s good enough.

Doing things my own way, blazing my own path and in spite of myself, I managed to somehow top my class in art school and later in college. All by doing what I can to the best of my ability in my own way, basically simply enjoying what I’m doing. And I think that when you’re in that kind of space, recognition and awards don’t really matter, do they? A simple acknowledgement would be enough and fine? Maybe that’s just me.

This entry has not been the easiest to write. I’m not really one to share much about myself and would rather prefer to let the work speak for itself. I’m sure that I’ve given more about myself here than in the Baseline / About page. It’s even more than what most of my very few friends know (maybe even my cousins). But it felt like a response to Don’s awards needed to be made. They are very much appreciated as was the one from Kintal. My thanks to you both for thinking of me. And while I do enjoy reading the writings of those few I’ve followed here on WordPress, it should be acknowledged that I don’t click on everything that comes up in my reader. When I do read, I often click the “like” button as acknowledgement of having stopped by and reading. It’s unlike on Facebook where I would click the “Like” if I actually like something, because it’s hard to click “like” on stuff like bad news. That just seems wrong.

Okay, this is really long. Maybe even TMI. It sure feels that way, but I’m letting it go. As a breather, you can check out my review for The Secret Life of Walter Mitty over on the other site.

Oh yeah… a few days away so.. have yourselves a productively creative year ahead. May it be interesting and peacefully safe for you all. Happy New Year 2014!!

Ready For The Close-Up »
« Night Trees

One thought on “About The Waistline”